How to Use SC2 Wi-Fi API

Build Android mobile apps for the SC2. Connect to camera with Wi-Fi using this API

Check out RICOH cameras: | THETA SC2
Please read the document to verify that we've tested the specific model.
Thank you for supporting freely available community documentation by buying from the links above. We receive a small referral fee. 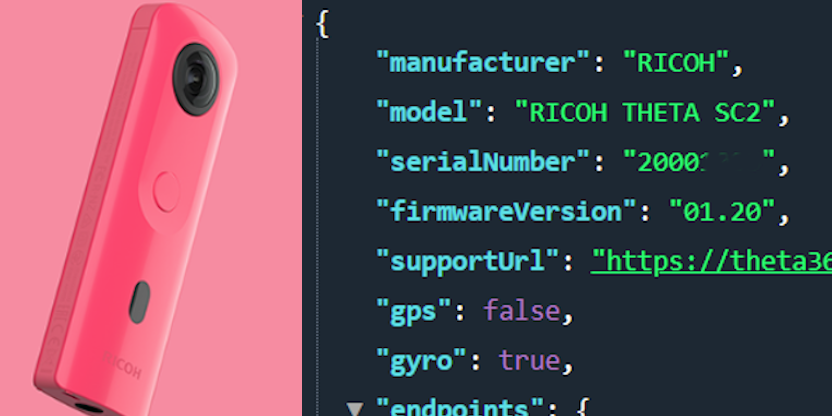 The RICOH THETA SC2 is a great, lightweight camera that takes good-looking 360° pictures. Many people in the developer community have asked about building applications for the SC2. Although the SC2 camera appears to conform to the RICOH THETA Wi-Fi API, it is not listed on the official RICOH API site which we all use as our reference. Some developers have reported problems with the SC2 and the RICOH THETA SDK. Other people have reported problems using the SC2 with the Google Streetview mobile app.

Camera support note: All models except m15 work with the API.  However, there are minor differences between each model.  This test is for the SC2.

This article will clarify usage of the SC2 Wi-Fi API based on community testing.

For this test, I am using THETA SC2 firmware 1.20 on a Windows 10 machine using the free API testing tool Talend API Tester. This API testing tool is similar to Postman. Another command line alternative is curl. If you prefer to write scripts for your tests, I find it easy and effective to use Python requests or any number of JavaScript libraries that can handle an HTTP request.

Connect Your Development Workstation to the SC2

Turn the SC2 on and put it into Wi-Fi mode. 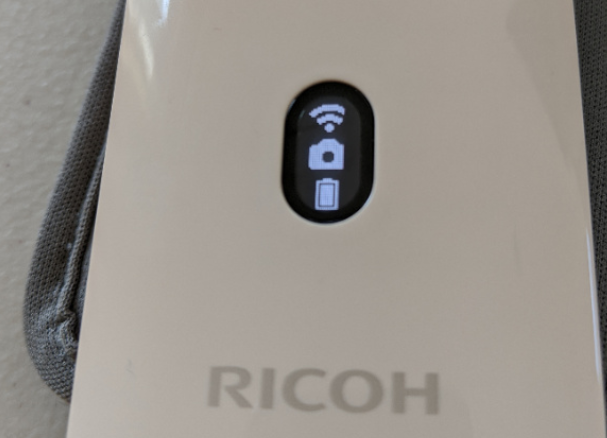 You must connect your workstation to the SC2 with Wi-Fi. The hotspot password is the serial number (just the numerical digits).

On Windows, click on the Wi-Fi icon in the lower-right of your screen. Select the THETAYP hotspot.

The THETA SC2 Wi-Fi only functions at 2.4GHz. The THETA V and the Z1 operate at both 2.4GHz and 5GHz. If you have an unstable Wi-Fi connection with the SC, try a different Wi-Fi dongle or laptop to isolate the problem.

If you are working with multiple devices, make sure you are connecting to the correct camera.

Put the camera right next to your development workstation. Moving the camera 5 feet away can make a difference.

Turn off other Wi-Fi routers in the test area that may be causing Wi-Fi interference.

If you have two network interfaces in your development workstation, make sure that your primary router is not at 192.168.1.1. The THETA SC2 will always be 192.168.1.1 in Access Point (AP) mode. If this is a deal-breaker for your testing, go to the forum and search for methods to use Client Mode or ask a question.

Use the simplest possible API command first to make sure your workstation can talk to the camera with HTTP. Send a GET command to http://192.168.1.1/osc/info

You can also run the GET command in your browser.

You will see this response. 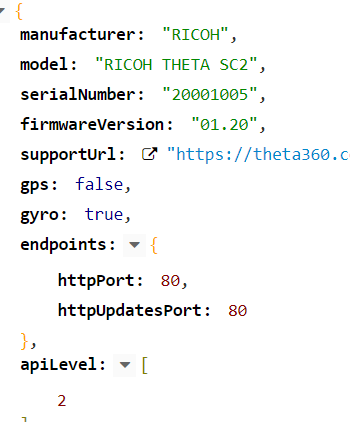 This is a test using Google Chrome. 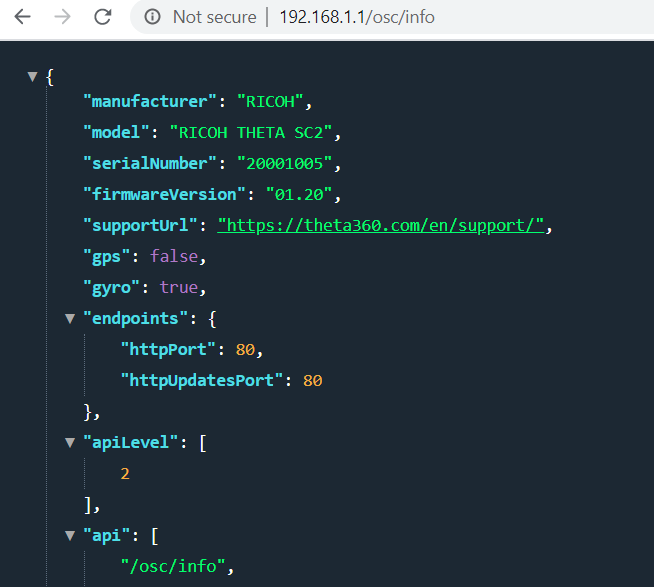 (Chrome displays colored highlighting for me because I am using the free extension JSON Awesome.)

The rest of this tutorial will focus on POST commands.  For that reason, you will need to use an API testing tool.

The simplest POST command is state. Make sure that you use POST and not GET. Note that the header is Content-Type: application/json. You need the HTTP header for most of the THETA SC2 POST commands. It's a good practice to include it. 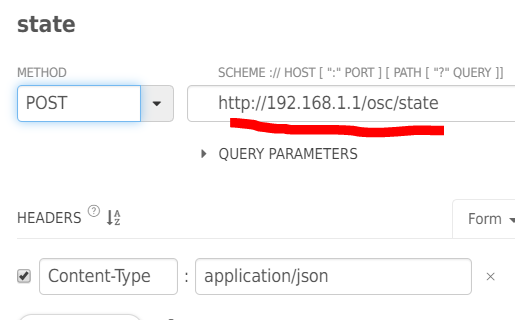 The response is below. You can see that we're able to grab lots of useful info from the state, including the battery level, and the last picture taken (_latestFileUrl). My battery is at 66% and I'm going to charge it. 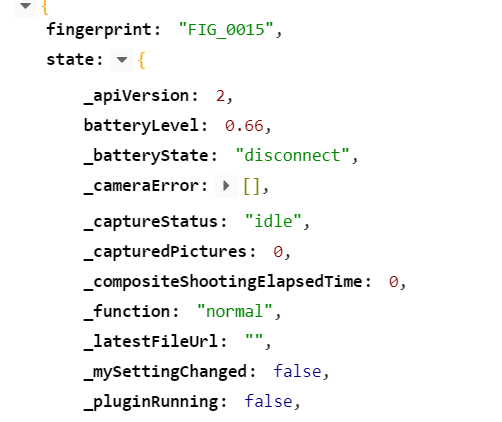 Closeup of the end-point.

Closeup of the payload.

The camera will now chirp when the take picture command is run. Developers like the chirp because it's associated with a successful outcome of your program. In the future, you can trigger the picture with object recognition or external sensors. However, for now, take a moment to celebrate the chirp.

Disappointingly, we can't see the picture directly in the takePicture response. We're close, so just hang on for the next step. For now, pay attention to state value that you get in the response. Notice that it says, "inProgress."  This is important because you'll next need to check to make sure the camera has finished processing the image before you can download it. 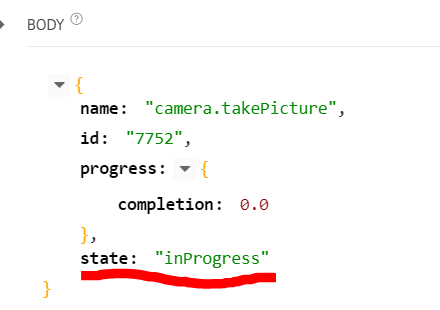 Repeat the POST example for "/osc/state" explained earlier in the document. As you've just taken a picture, your response will now show the _latestFileUrl. Use that to grab the file. You can open it in a browser. Pay attention to the _captureStatus value. I'll explain this in the next section. 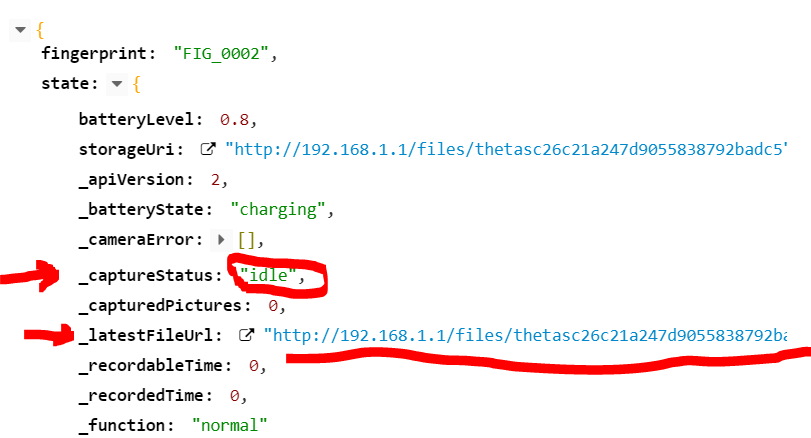 In the example below, I am using an API testing tool to get the image. However, you can also test this in a web browser. The file is in equirectangular JPEG format.

The SC2 appears to take quite a bit longer to be ready for the next picture shoot. The V/Z1 is faster in my experience. When you write your own program you should check _captureStatus with state to make sure the _captureStatus is idle.

The flow of your program will be as follows:

<--- GET URL *URL = _LatestFileUrl of the state received immediately before

Most languages such as Java, Python, JavaScript have libraries to save a file stream from a URL to permanent local storage. In Python, it is just a few lines. When you make the GET request, your HTTP library may require you to specify  that the response is a stream. When you save the THETA image, you may need a loop to save the file as a set of blocks. An example for Python is below. Saving a file from an HTTP stream is a common operation with most languages, so just search for examples on Google or StackOverflow for your specific programming language. 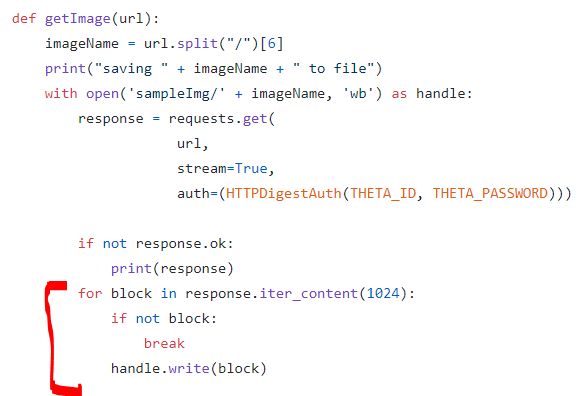 First, great job on taking a picture and downloading it to your computer with a GET command. Now, let's tackle a slightly more complex POST request with parameters in the payload. We'll list the files. Look at the API below and identify which parameters are optional and which are required.

Let's focus on the required parameters. I've underlined the "required" parameters in red. 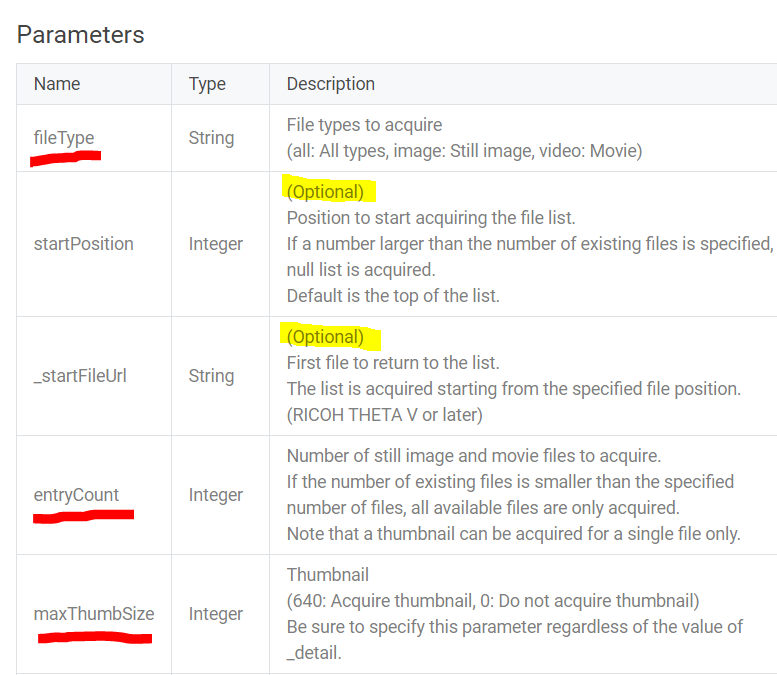 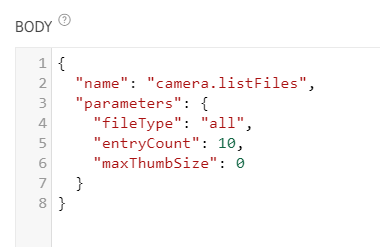 This is a collapsed view of the response. I only have 3 images on my THETA SC at the moment.

Expanding an entry in the array, you can see the useful data you're getting back. 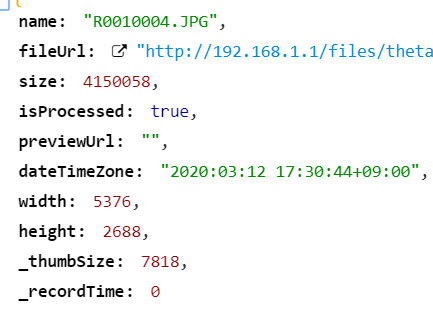 Programming Tip: If you want to grab the image metadata on your Android mobile phone, you can use Android ExifInterface

I believe most developers grab all the images. However, if there are hundreds or thousands of images on the camera, you may want to pull more data from images prior to processing.

In my tests, I was only able to get a portion of the metadata with the API on the SC2. Run the test yourself to see if you can get anything useful. 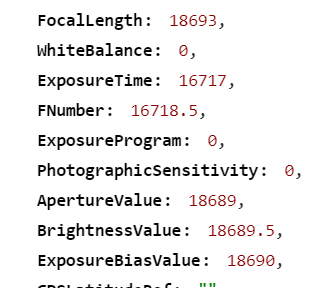 On the official RICOH mobile app, there is a live preview of the scene before a picture is taken. 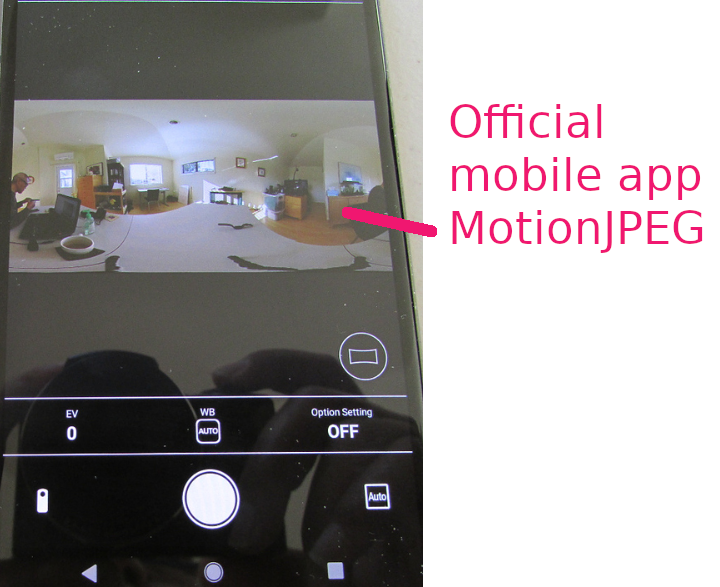 This is a motionJPEG stream. You can get the stream into your own application for preview with this API.

To test the API, I used the open source Amelia Viewer for RICOH THETA by Jake Kenin.  GitHub repository. 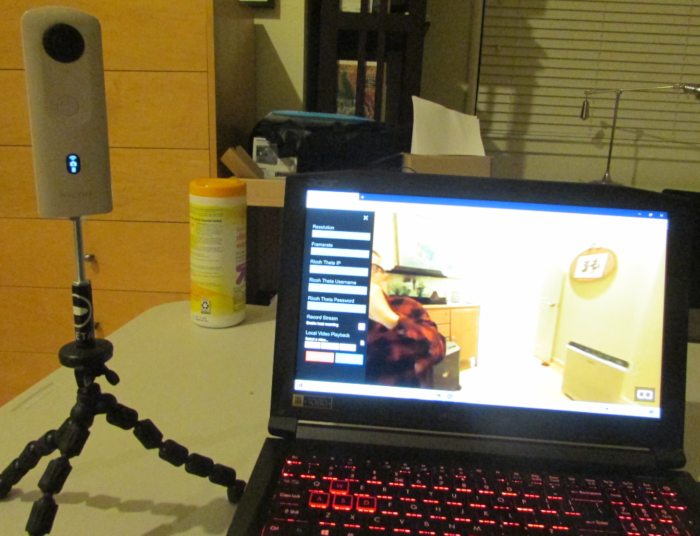 The stream worked without any problems.  In Firefox, I'm using A-Frame to handle the navigation in a normal 360 view.

Pre-compiled binaries for Windows 10 and Linux are here. 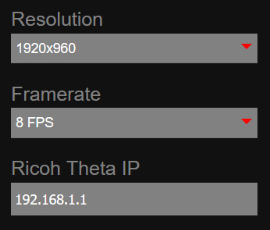 Function for get live preview is here:

A stripped down example of displaying the MotionJPEG stream is here:

Another excellent source of information on MotionJPEG is this plug-in from the skunkworks club.

Note that the THETA SC2 cannot use plug-in technology.  However, other parts of the article are relevant.

These tests done with firmware 1.20.

Code examples are available on GitHub.

Get info is the simplest

Full code for get info

In the example below, pay attention to the body.  It needs to be encoded as JSON.  Your HTTP library may do this for your automatically.  Also note that I am specifying the header as "Content-Type": "application/json;charset=utf-8".  Although this example shows async/await, it should work without async io. 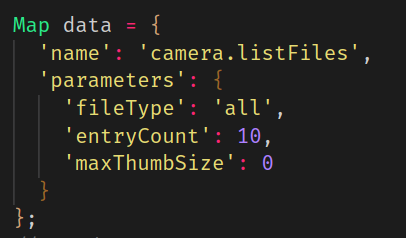 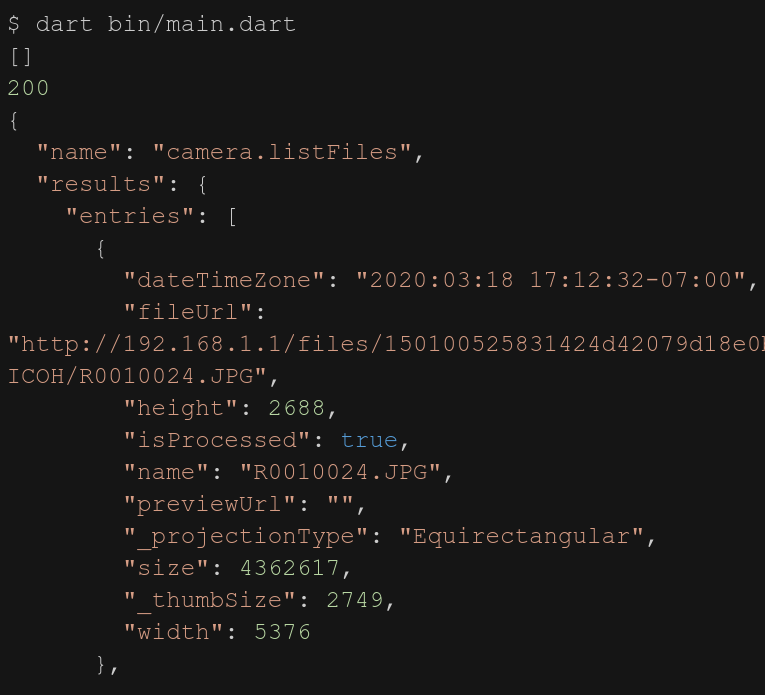 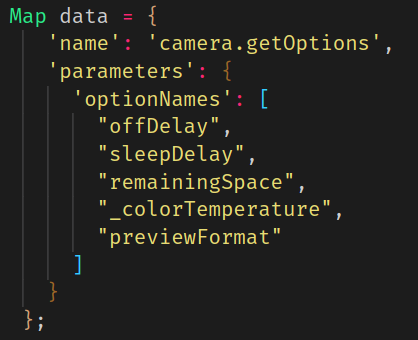 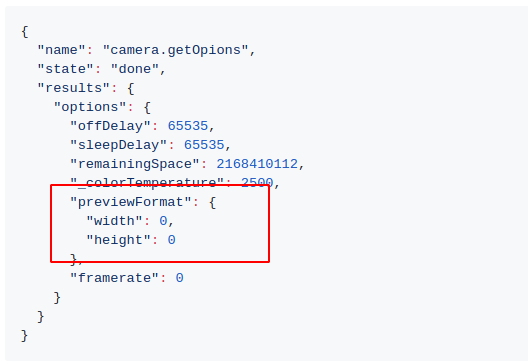 Let's look at the THETA V output for comparison. 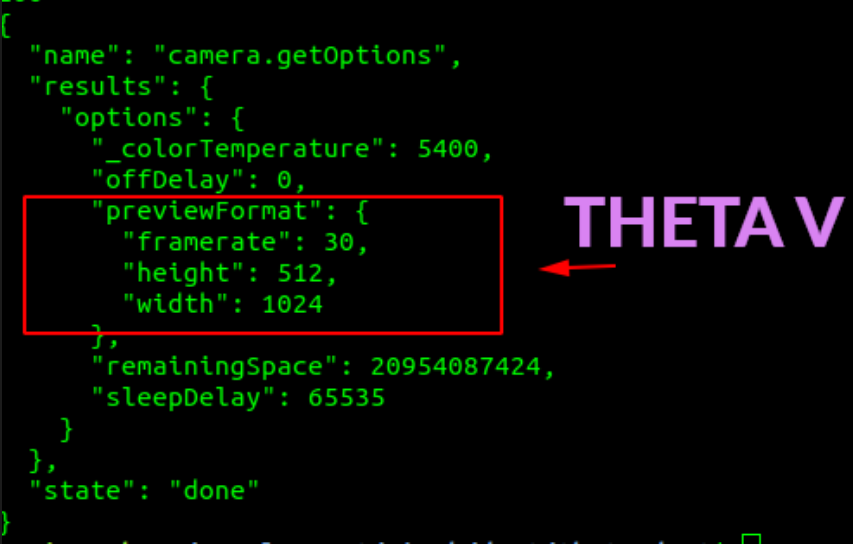 The image file must be saved as bytes.

This maps the response from listFiles to a Dart object, then extracts the image URL.

I'm getting the name of the image file by parsing the URI.

The full file is here.

I also made these changes to the list files options.

This is a THETA SC2 image that I downloaded with the script.

This is a test pulling the image to a Google Pixel 2 running Android 10. 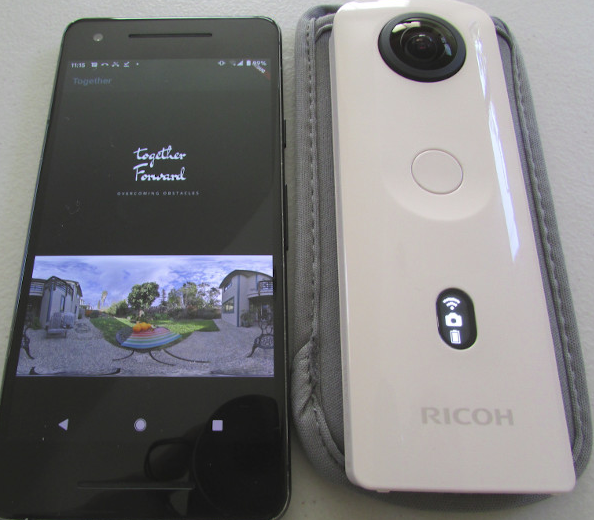 If you're using Flutter with Dart, it is very easy to get the images from the RICOH THETA SC2 and display them on your mobile app.

Thank you for supporting freely available community documentation by buying from the Buyer Guide. We receive a small referral fee.